EduXFactor presents to you a comprehensive up-to-date Artificial Intelligence certification program. This course will empower you with job-relevant skills and power you ahead in your career.

This course is suitable for everyone, from those just learning to code to experienced machine learning practitioners.

A lot of artificial intelligence systems are powered by machine learning. Some of them may be powered by deep learning.

According to Google's AI researcher Francois Chollet, intelligence isn't the skill itself, but it's the system's ability to learn new things, generalize its knowledge, and apply it to unfamiliar scenarios.

There are broadly two types of AI.

These AI systems are designed to solve a single problem and focus on performing a single task extremely well. They're called narrow as these systems can only learn or be taught to do well-defined tasks.

A few examples of Narrow AI include:

Strong AI systems are complex and complicated systems capable of carrying out human-like tasks. While movies like Westworld, Star Trek, or Terminator have shown far beyond what's possible with present AI technologies, mentioned below are some fields where strong AI is being applied.

There is another AI type, called Artificial Super Intelligence (ASI), that would surpass all human capabilities. This AI would be able to make rational decisions ( and be able to act on them), and even things like making better art and building emotional relationships.

Artificial Intelligence growth has been primarily due to 3 reasons:

How are machine learning and deep learning related to Artificial Intelligence?

Machine learning is all about giving machines the ability to learn on their own. It allows computer algorithms to automatically improve and get more accurate with experience.

Deep learning involves artificial neural networks and algorithms which learn from large amounts of data. Inspired by the human brain, these deep learning algorithms perform a task repeatedly and tweak it continually to improve the outcome.

Why should you learn Artificial Intelligence?

To have a great career and earn a handsome salary! You want that, right?

AI jobs now account for an average of 15-20% of jobs in most companies, with more than 130 million roles available across all major sectors. Top companies like Amazon, Microsoft, Google, Nokia, and others continually recruit AI talent.

Listed below are a few reasons why you should learn Artificial Intelligence:

Who can take up this course?

No matter what your background is, you can take this AI course. You just need to be passionate about numbers, and love challenging problems.

But your journey to becoming a successful AI (or data) scientist would be much easier if:

Why should you learn Artificial Intelligence at EduXFactor?

What job options would be available to you after learning an AI course?

AI development is possible in two domains - engineering and programming. Listed below are some of the leading AI-based career options you can break into after completing the Artificial Intelligence course:

What are some of the top algorithms that every AI scientist should have
in his/her toolbox?

Listed below are the five most popular algorithms that all AI scientist should know (we cover all of these):

Does this course cover all types of neural networks?

Yes! This course covers all the widely used popular Neural Networks. We also make sure to update our curriculum if new neural algorithms get developed and train our students on the same.

Do I need a powerful computer to implement AI-based projects?

No! Just a basic laptop should be sufficient for most of your personal AI projects.

Where can I get datasets from for my personal and coursework projects?

Here are a few datasets sources you can rely on:


We’ll provide you with more sources for getting datasets in this comprehensive AI course.

Do I get the materials for further study?

Our team has compiled a list of the best data science resources including study materials, cheat sheets, data sets, videos, which you get access to when you join our course.

Do I get job assistance after this course?

EduXFactor has its dedicated Placement Assistance Team(PAT). The team helps you in all the aspects of securing your dream job, from improving your marketability to conducting mock interviews.

Does 100% job assistance guarantee me a job?

NO! Our assistance program will only maximize your chances of landing a successful job as the final selection decision is always dependent on the recruiter.

Is the course content recently developed, or just randomly repurposed?

This data science course is the most comprehensive, relevant, and contemporary, meeting all the present demands of the Data Industry. Don't expect it to be some repurposed or repackaged content of redundant archaic course materials. What's more is that we continually upgrade the content of this course with the changes in technology, trends, and demands to provide you the best learning resource.

"EduXFactor's AI program is brilliantly organized and was easy to follow. Though I was a beginner when I opted for the course, still I was able to grasp the core concepts easily. I'm happy as I have been able to significantly expand my portfolio after joining the course!"

"As an AI professional, you must know right from organizing and selecting the data to build and test your own models. I'm glad that this course has allowed me to master all the AI aspects. What I also loved was that the trainer gave some great tips about data-based careers."

" I had taken a course before to understand RL (Reinforcement Learning) but was disappointed. But this course explained the complex topic of RL in the simplest way possible. All my doubts have been cleared. Would recommend this course completely!"

"Great course and delivers what it promises. I'm a computer engineer and decided to opt for this course to build my AI skills. One thing I want to clear to all course takers is that you need some knowledge of coding before deciding to opt for this course. Knowledge of TensorFlow would be beneficial as many projects in the course use a method from that package." 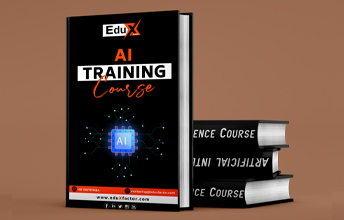 Trusted by our professional partners